Back to all posts

It's Like God Sang It Over Me: "What I Would Do For You"

I don't have a lot of commentary to add for "What I Would Do For You" - it's one of those songs that, as a songwriter, I almost feel weird about saying I wrote it because it really was like God sang it over me and I just let it out. However, it was a response to a songwriting challenge from the Facebook group for www.writechristiansongs.com (if you are a Christian and write songs or aspire to write them, check it out - there's no cost to join this community and you can participate in as many or as few challenges as you like).

The way they were doing the challenges at that time was by throwing out a phrase and we each had to write a song containing that phrase and that was supposed to be the title of the song, too. One of the things that was really important to me in the challenges was to write "outside the box" of what I felt like would be expected from the phrase - and I think this one was thrown out there for Valentine's Day so many people were actually writing songs from them to significant ofthers or children. It's not unexpected to write from God to me. However, as the first verse began to take shape, I heard God saying yes I would do all this for you - but what I have already done and what I'm still doing in you is just as important. And so the song poured out. The structure is verse + verse + verse (with a repeated hook at the end of each verse, but it's a bit unusual to have that hook change each time it's repeated...)

I would take off my crown,open the skies and come down to love you
I would lay down my life,
no sacrifice would be too much to save you
Like a lover pursuing His bride,
wouldn’t rest ‘til I made You mine
That's what I would do for You

I'd reject my own Son,
blame Him for everything You've done to hurt us
I would turn away,
I would hold back the angels I could send to save Him
Though He didn't deserve this pain,
I would send him to hell in your place
That's what I have done for you.

Hear me whisper your name,
calling you out from your shame to know Me
I will love you through men,
break through your defenses just to make you holy
I'm a Friend you know you can trust,
and you follow Me because
That's what I am doing in you. 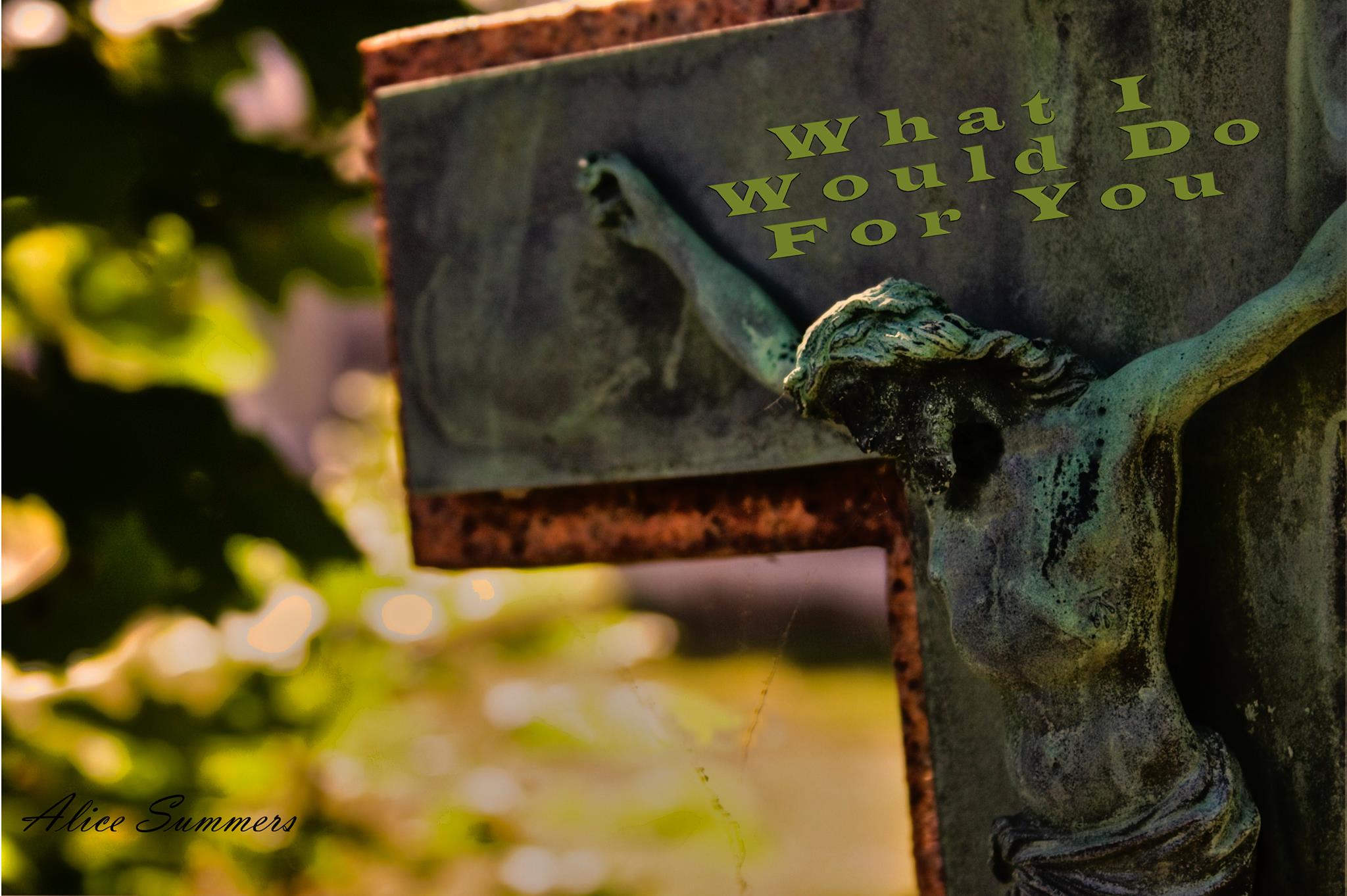